Fall 2015 - I just discovered this was never published 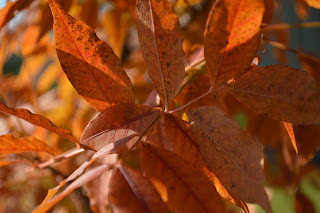 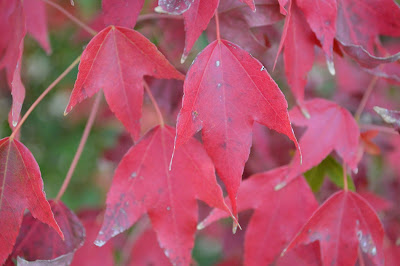 I've been somewhat absent of late as I pursue my MFA, but with the changing of the season, my camera (willing no longer to be stored) has found its way into my hands.


I'm chased by the idea that the perfect snapshot will reveal to you my state of mind and wondering (as always) why you should care or why I should let you know. 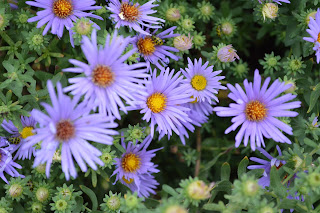 The crisp cool wind sneaks its way across my skin and tickles the leaves into letting go of the branches before flipping up and over my porch to collect in the corner of the fence. 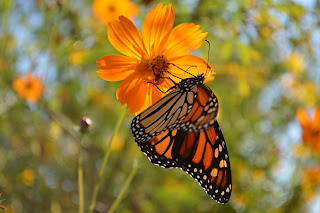 The last flowers of the fall bloom and fade, bloom and fade while fritillaries scurry south taking along the last of the sweet Indian summer.


Should you see me studying a collapsing bud up close or hoisting around a paper brown sack full of tomorrow's blooms, there's no need to ask if I'm enjoying the weather. You'll know. 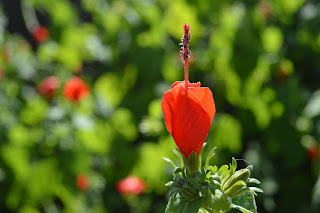 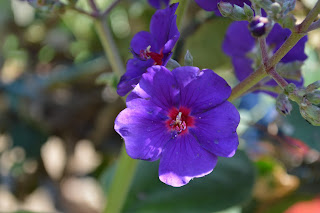 A friend told me recently that I needed to be "present." I needed to relish the "right here, the right now." So that is exactly what I'm doing. In my mind, I'm standing near a stream lined with tiny blue flowers and I'm breathing in the scent of tranquility. Tomorrow is not promised so I will cherish today.
Forgetting what is past as I would a spent flower, because we all will fade in due time. 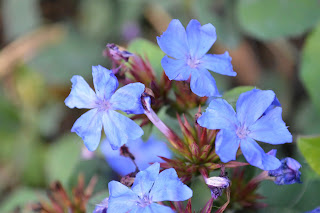 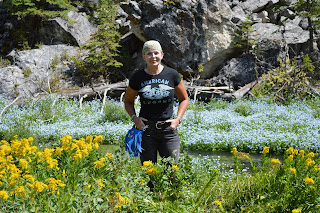 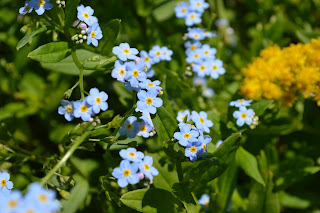 Posted by Betsy Randolph at 6:02 PM No comments:


Well, I'm finally getting around to blogging...

Sad, really. There just seems to be so many things to keep one busy these days. In my defense, I was finishing my MFA in creative writing from Oklahoma City University's RedEarth MFA program, graduated in May...Thank you very much. I've also been busy querying agents with my thesis project which is a full length novel. My first paranormal. It's about a female Oklahoma Highway Patrol trooper who gets murdered and finds herself stuck in the afterlife. It's a quirky, humorous read with a little violence, bad language, and alcohol involved. Or was that just grad school?

I've had a lot of joys this year, but I've had my sorrows as well. My favorite aunt passed away back in June. Rita Leachman (to the left of my cousin Maranda) was by far the sweetest woman on the planet (second only to my momma, her sister.) We're never ready for them to leave, are we? Even if them staying means they suffer. We are selfish like that. I know I'll see her again one day. That's the only thing that eases my heartache. I love you, Aunt! 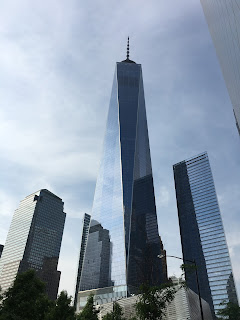 Finally went out to the east coast where my children live. Saw the sights. Made me homesick for Oklahoma. 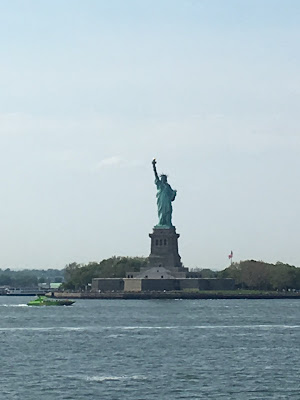 But, I got to see the Statue of Liberty for the first time, and I got to see both of my grandsons. That did my heart good. I do so love being a granny. It's kind of ridiculous the happiness one gets from your kids having kids. It's hard to explain. Grandparents understand though. I don't have to sell them on the idea. You live long enough and have kids, you'll understand too.

So, I'm going to try to do a better job of blogging. I'll make no promises, because I hate breaking promises. Besides, I'm writing a new book and trying to sell a second one. Cut me some slack. I'm busy on my second Noah Pool Adventure book. It's a middle grade reader. I know, from one extreme to the other, but I write like I live - all over the place.

Posted by Betsy Randolph at 5:59 PM No comments:


When I think back to all that happened in 2015, it's no wonder I didn't blog more. It was a rough year.

A promising young trooper—my friend, was senselessly killed. Under attack from people that were supposed to have my back, I changed job locations, my last living grandparent died, my son announced his girlfriend was pregnant and that they’d broken up, my dad endured several surgeries to fight his stage four cancer diagnosis, I was in trouble at work for what I considered “defending myself” (albeit not very graciously) against anti-law enforcement cyber-bullies, I was knee deep in graduate school—struggling to keep my head above water, my son's Army unit deployed overseas-to parts unknown, and I was fighting a losing battle with a demon whose name I'd labeled “regret”…ALL while unknowingly under an opiate addiction that took me over a bridge and had me considering jumping off.

I didn't know I was in trouble until the bridge. As I hoofed it across Interstate 35 overlooking Waterloo Road, the desire to jump was overpowering. It wasn't until that moment that I knew for sure—something inside me was terribly wrong.

Until the bridge, I didn’t know the medicine I’d been taking for post-surgical pain was influencing every other aspect of my life: my attitude, my outlook…my relationships. It wasn’t until the bridge that I knew things were way bad and had to change.

I’ve often considered people with an addiction—weak. I’d never considered, for even a passing moment, that someone addicted to drugs or alcohol could be anything other than a leech. That was until the bridge. You see, I’d been prescribed Tramadol for chronic pain. I didn’t take more than I should. I took it exactly as it was prescribed. That was, until the bridge.

That day, as I marched across the bridge angry at the world and myself for reasons I didn’t understand, voices inside my head screamed for me to just jump. “Be done with everything,” they screamed. “Quit!” they jeered. And I almost did. I peered over the side of that bridge and for one brief moment, I really considered jumping. I saw my body sprawled out on the pavement below: broken, bloody, and dead. That scared the crap out of me. I was forced to see myself for what I’d become…I was a mess.

I didn’t know how I’d gotten there or exactly how I was going to survive, but I knew jumping wasn’t the answer. This wasn’t me. Something was wrong. Something was influeincing me to the point that I didn’t’ know where I started and where the negative influence began. I continued walking…angry at first, with shaky legs less confident of my ability to combat this unseen thing.

By the time I made it to solid ground, away from the precipice, away from certain death, I knew. It had to be the medication. Quitting was easy considering the alterative, I thought. But the next several days were absolute hell. What I didn’t know about Tramadol is that an opiate based drug should not be stopped “cold turkey.” I felt like I had no choice and that stopping abruptly was the only way. Within hours…hours, I was miserable. The pain was unsurmountable…then, the buzzing started. It felt like electric charges were shocking me every few seconds. They lasted for 15-20 seconds and only on the left side of my body. The entire left side of my body. Buzzing could be heard in my left ear and when the buzzing started, any pain I’d felt before was intensified by 1,000 percent. This went on for days…

This is what addicts go through, I thought. This is the hell they live. I walked until I was so tired I couldn’t walk anymore. I fell exhausted into my recliner in the living room. While praying for mercy, I fell asleep. When I woke up, the buzzing had subsided. It wasn’t gone, but over the next few days it slowly faded until one day I realized it had completely ended. It took over 30 days to get that hideous drug out of my system. I don’t know how I survived, except to say it was God’s unmerited favor.

2015 ended with my dad’s cancer in remission, I got some help for the regret—that in the end I could accept, wasn’t my fault, my son is stateside, he got married and the baby is due any day, I finished my third semester of graduate school with all A’s, I’m still drawing a paycheck, and I’m free of the influence that tried to end me.

I still think about that day, the bridge and jumping…usually twice a day as I cross over Waterloo Road. I pray God I never forget.